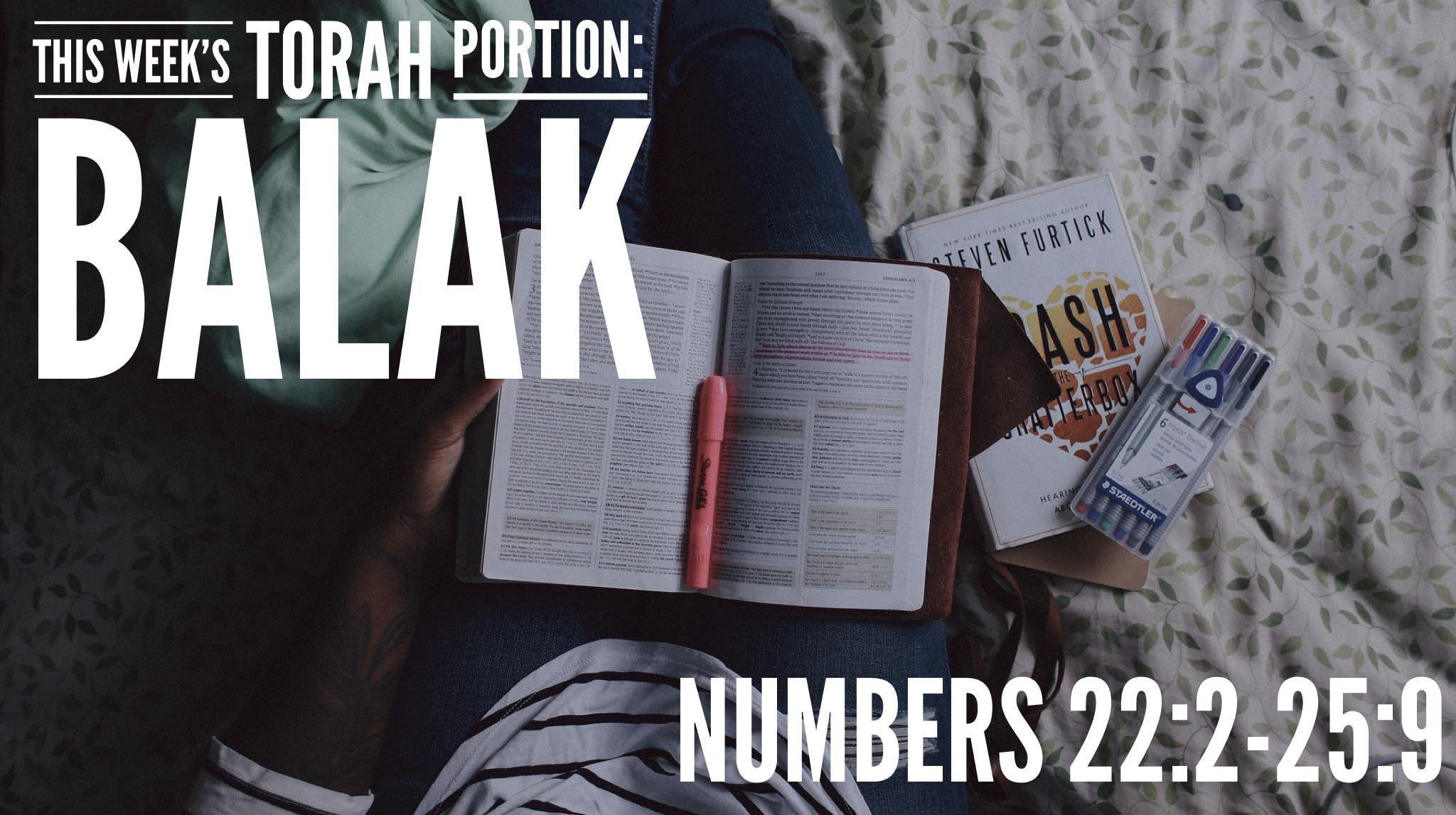 The Hebrew people received liberation from slavery and saw a miracle at the Red Sea and yet while they are walking towards their promise their enemies are plotting to curse them. Yah sent an angel, made a donkey talk and sent three visions to Balaam an oracle who did not even serve him to prevent his people from being cursed. Often right after you experience a great move of Yah in your life there will be those around you plotting to destroy you. King Balak wanted the Hebrews cursed because he and his people were afraid:

“Moab was in great dread of the people, because they were many. Moab was overcome with fear of the people of Israel. And Moab said to the elders of Midian, “This horde will now lick up all that is around us, as the ox licks up the grass of the field.” So Balak the son of Zippor, who was king of Moab at that time, sent messengers to Balaam the son of Beor at Pethor, which is near the River in the land of the people of Amaw, to call him, saying, “Behold, a people has come out of Egypt. They cover the face of the earth, and they are dwelling opposite me. Come now, curse this people for me, since they are too mighty for me. Perhaps I shall be able to defeat them and drive them from the land, for I know that he whom you bless is blessed, and he whom you curse is cursed.” Numbers 22:3-6

Sadly, when we are blessed some around us are afraid of what will happen to them. “If she goes to college will she think she is better than me. If he looses weight will he leave me. If she starts to keep Sabbath does that mean she won’t attend the family reunion. If he learns more knowledge will he leave my church? The saddest part of this story is that the Moabites were conceived by Lot and his daughter and Lot was related to Abraham as his nephew. Sometimes the people most afraid of our blessing, elevation and miracle are family. The enemies of Israel could not curse them but the Hebrews cursed themselves through sin with the daughters of Moab. Some say that once the King of Moab saw that he could not curse the Hebrews he sent his women to get the Hebrews to curse themselves.

Have you been tricked into cursing yourself? Often Hebrews quote the curses of Deuteronomy 28 and yes we see evidence of these collective curses on our people. Sadly though, we are experiencing curses, hardships and difficulties not due to some outside curse but due to our own disobedience. Whenever Yah moves strongly in your life especially if you are used strongly or delivered from a sin expect prophetic backlash which is spiritual attack that seeks to discourage you or get you off course. Expect enemies to plot out of fear and jealously. It’s your responsibility to guard your heart and desires so you are not tricked into bringing curses on yourself.

Sadly, many Hebrews have been tricked by the media to bring curses on themselves. The music, films, social media, food, education and even religion has tricked many of us into cursing ourselves. Our minds are shaped and molded to desire the very things that will lead to our lives being cursed. How did the Hebrews fall into sexual sin and idolatry with the women of Moab when the King of Moab was just trying to curse them? The Hebrews may have marched through the wilderness not knowing that basically their own cousins were plotting against them. Sadly, even when it comes to family if people are not serving Yah you must be careful around them.

As stated in this Torah portion “no one can curse what Yah has blessed” and this is true but we must also do our part to avoid sin when Yah has delivered us and protected us.

Are you bringing curses into your own life through your actions, associations or lack of action? Be honest not every difficulty that is befalling you is due to Deuteronomy 28 or societal oppression (though many are) some of these things are due to our own negligence. Ask Yah to reveal to you any and every-way you may be cursing yourself. Ask Yah to give you wisdom and to deliver you from any sins or habits that will hinder your liberation.

Yah wants to bless and protect his people but once we are in disobedience his hedge of protection can be breeched.