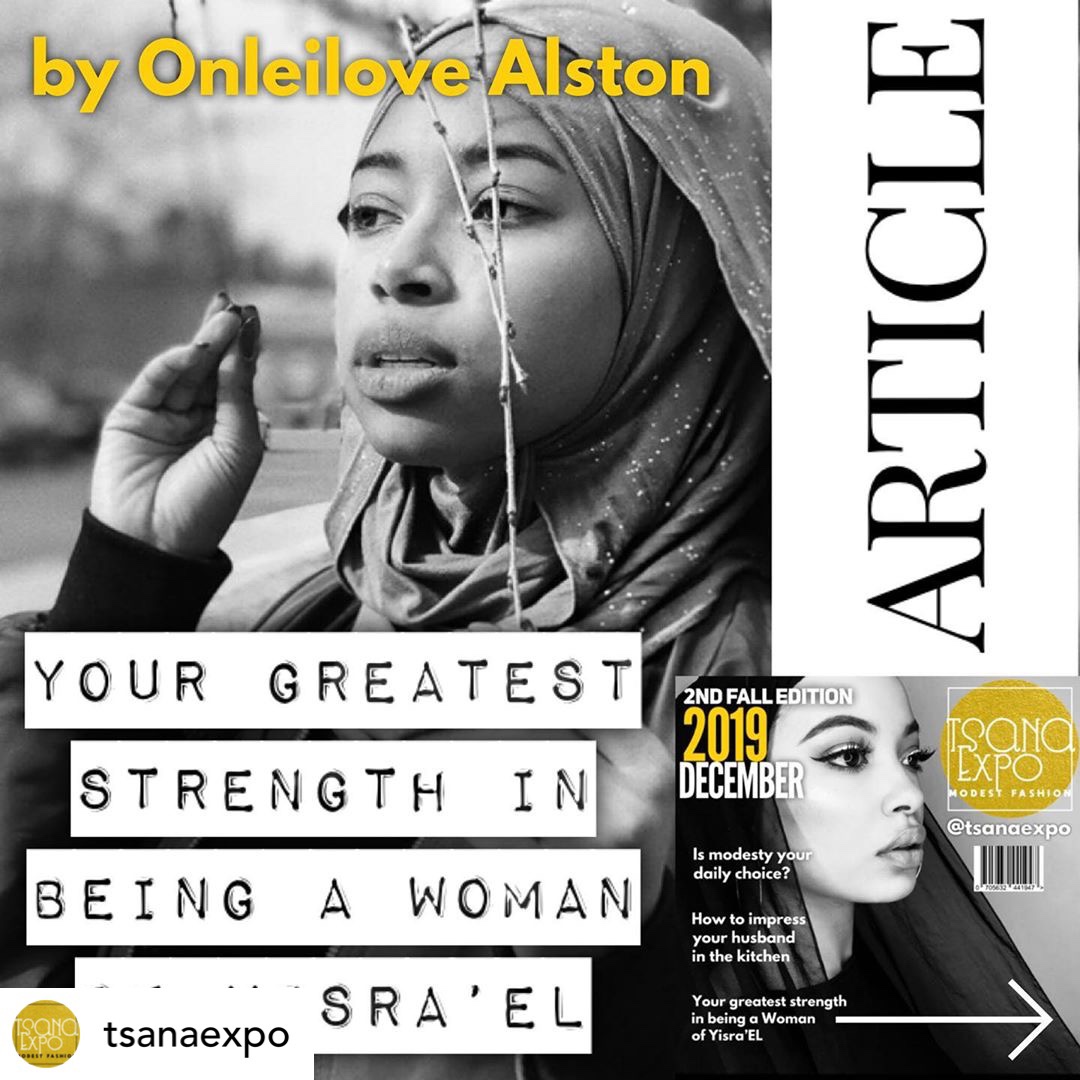 As women of Yisra’EL our greatest strength does not lie in our beauty, or in our smooth words or our in our accomplishments. The Daughters of Zion are indeed beautiful and accomplished but our greatest strength as women of Yisra’EL lies in our role as the ezer kenegdo. In order to understand our greatest strength as women of Yisra’EL we have to go back to the creation of woman in Genesis 2:18: when Yah said, “It is not good that the man should be alone; I will make him a help meet for him.” Woman was created to be a helpmate or a helper to man but as we know much is lost in translation because English and Hebrew are very different languages from very different cultures. The term for helpmate or helper in the Hebrew is actually Ezer Kenegdo, the Hebrew word translated into English as “help” is ezer.  This word is a combination of two roots, one meaning “to rescue”, “to save,” and the other meaning “to be strong.” Just as the roots merged into one word, so did their meanings. The noun ezer occurs 21 times in the Tanakh. When the King James version of the scriptures was published helper meant someone who saves or rescues you like a fire fighter or emergency rescue worker. Those reading the term helper or helpmate in the 1600’s would have understood that this was a very important and critical role. Ezer is connected to the verb Azar which means to: Help used in Genesis 49:25, Give Aid used in 2 Chronicles 14:10, Encourage, Support, Protect noun ‘azarah – enclosure used in Isaiah 31:2, tied closely to salvation and deliverance as seen in Psalm 79:9 and Isaiah 41:10. The other part of the term “help meet” which is commonly translated as “meet for” or “fit for” is the word “k’enegdo”. It is hard to know exactly what the word k’enegdo means because it only appears once in the entire Bible, when woman is being described. “Neged, a related word means “against” or “opposite” I learned that kenegdo could also mean “in front of” or “opposite. Or exactly corresponding to,” like when you look at yourself in a mirror.” When ezer is examined in the ancient Hebrew a fascinating image appears. The ancient Hebrew letters were pictures that slowly evolved into the modern Hebrew letters used today. The ancient picture letters used for ezer were an eye, a man and a weapon. In other words, an ezer is a revealer of man’s enemy. The woman of Yisra’EL are to be the greatest ally to the men of Yisra’EL helping to reveal his enemies, crying out as the wailing women of Jeremiah 9 for the nation of Israel through prayer and teaching the wisdom of Yah. As the Ezer Kenegdo our greatest strength lies in partnering with the men of Yisra’EL to bring salvation and redemption to the world through teaching the commandments and sharing the Great News of reconciliation to Yah through Yahshua.