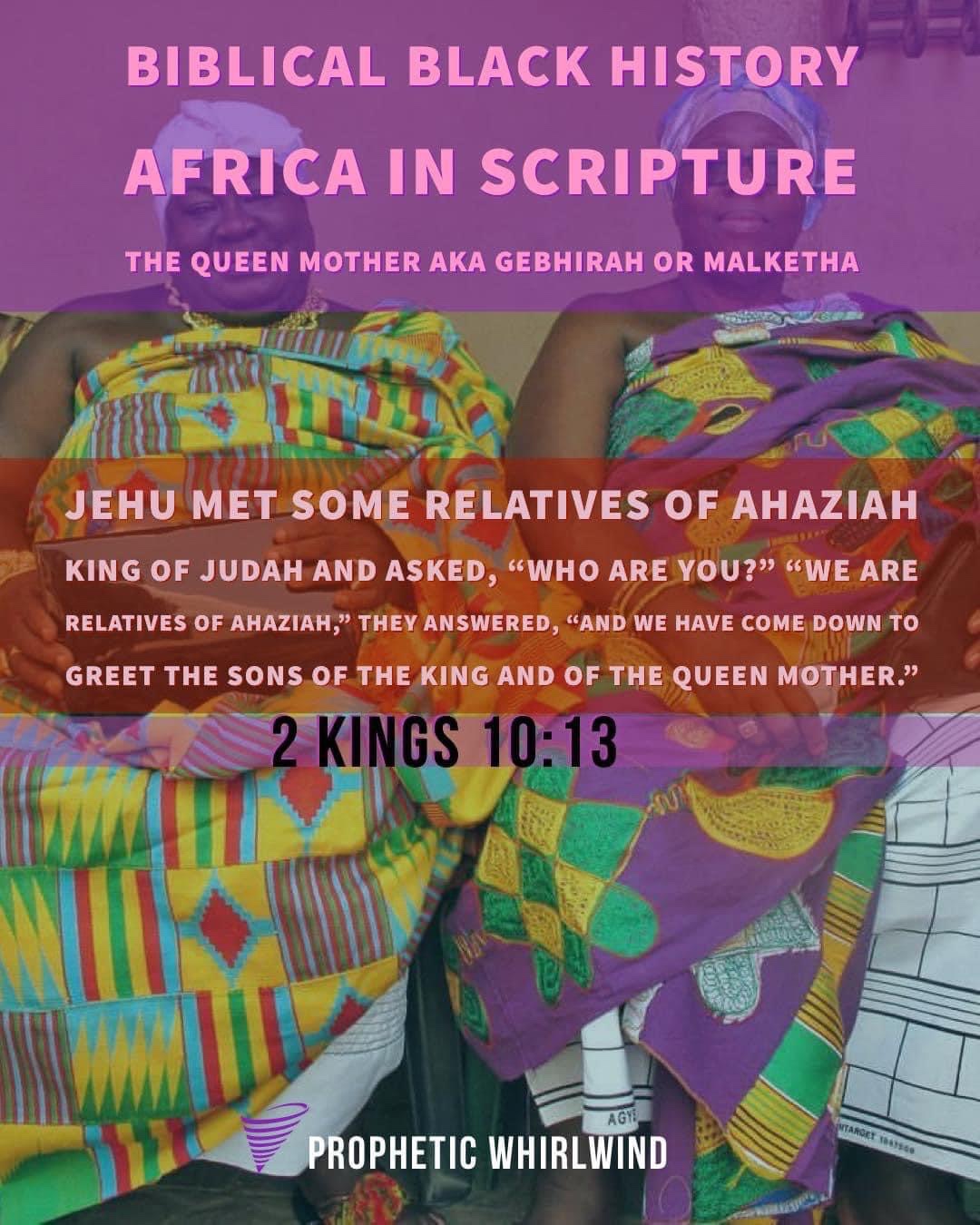 Is it true that Israel never had Queens?

As we journey through Biblical Black History some scriptures may not refer to a landmass in what is traditionally known as Africa (because Israel was physically connected to Africa until the Suez Canal was completed in 1869 so most don’t see Israel as apart of Africa when it is still connected to the continent via the Teutonic plates and only man separated it from Africa) but there are scriptures where we see customs that are preserved in Africa today.

One such custom is that of The Queen Mother which is Hebrew is Gebhirah or Malketha.

These women were Mothers of the Kings of Israel and are mentioned in scripture a couple of times. Today in Africa there is the tradition of The Queen Mother who are mothers to the King or boys and men who could one day become King and these women help advise Kings and Chiefs, serve the community and provide leadership to women. In African-American culture we see this tradition being preserved in Big Momma, The Mother of The Congregation or the Mother Board of Denominations like COGIC.

In scripture when listing the righteous and unrighteous King of Judah the Queen Mother was also listed proving that her influence was very important on whether The Nation would have righteous leaders.

We cannot say Israel never had Queens and we cannot read the word through our captivity experience. Ironically in Africa where Queen Mothers exist stronger families exist. We must examine the word thoroughly and be Bereans and examine all things or we will be in danger of just creating another religion based on what we want and not based on scripture.

I don’t mind questions but I am at work today so I won’t be debating on the post please read the article for more info.

Check out some photos from my August 2022 Queen Mother Photo Shoot!