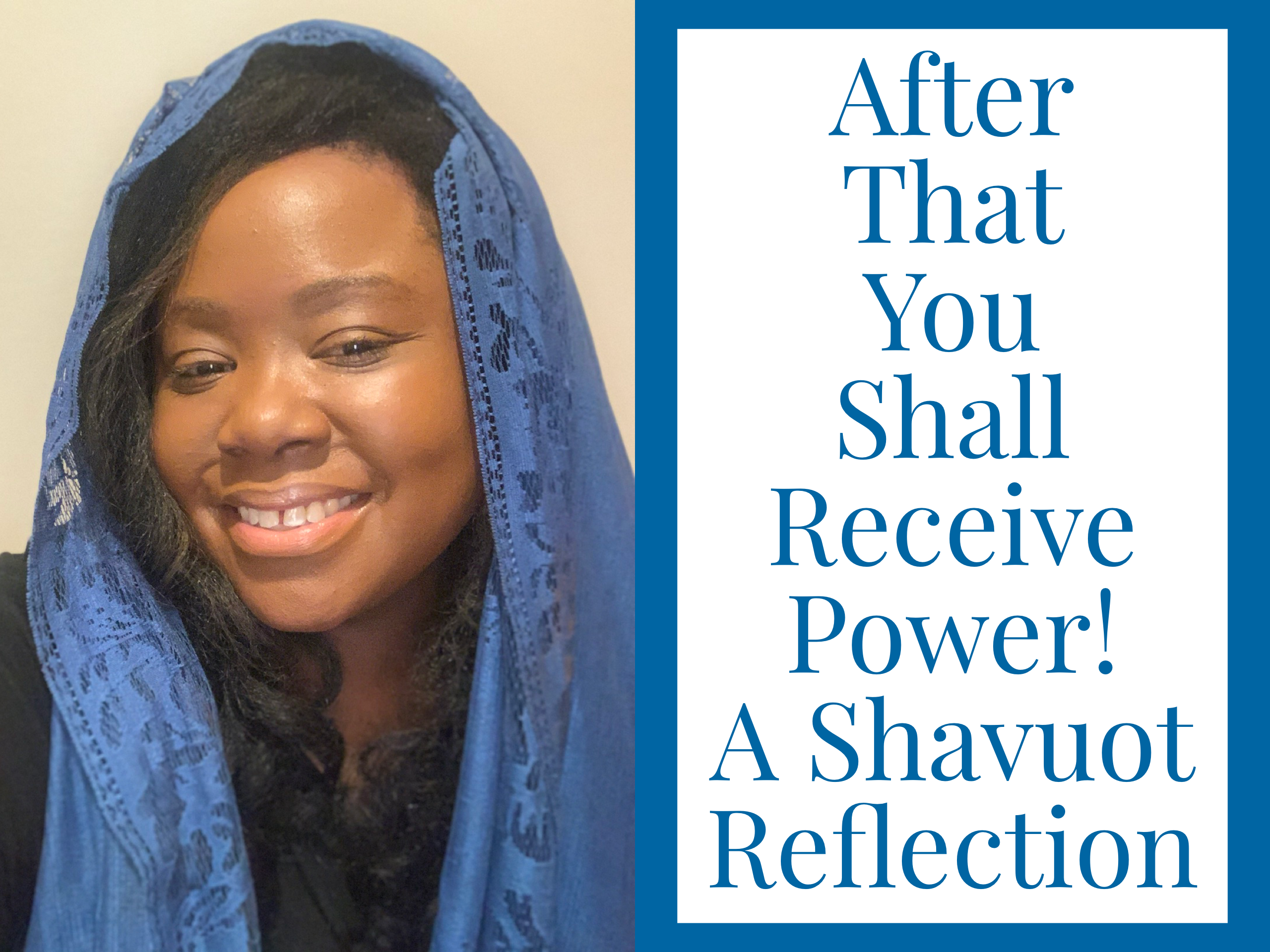 The season of Shavuot (aka Pentecost) known as Feast of Weeks commemorates two powerful moments in human history: when the Children of Israel and those who sojourned with them received the Torah and when people from various tongues and tribes received the infilling of the Ruach Ha’Kodesh (Holy Spirit) which gave them the power to keep the Torah and spread the Great News to the world. Shavuot is a Feast Day that points to the infilling of Yah’s power. Imagine how empowering it must have been to be weeks out of slavery and yet come into covenant with The Creator of the Universe? During this season of Shavuot, we celebrate because Zion was elevated from slave to bride, from nation of the oppressed to a nation of royalty and priesthood. Shavuot reminds us that at the core of Yah’s heart is justice and empowerment. Can you imagine that today instead of Yah’s temple being the place where his spirit dwells now The Ruach Ha’Kodesh dwells in us 1 Corinthians 3:16?

The same Spirit that spoke the heavens and the earth into existence, the same spirit that parted the Red Sea during the exodus, the same spirit that rose Messiah from the dead now lives in us (Romans 8:11)! WOW! That is powerful! Often, we live way under the power that Yah has given us because in society we are given messages that power corrupts, power is evil, certain types of people can be powerful and other people should not be powerful but Yah is Powerful and wants His people to be powerful as well. Power does not automatically equal arrogance or idolatry power is just the ability to act, it is what fallen humanity has done with power that is sinful not power itself. Yah knows that in our own strength we cannot keep the commandments, produce the fruit of the spirit (Galatians 5:22-23), do justice or spread this Great News. WE NEED POWER. Often oppressed people have been given a false gospel that we should not live in a powerful way but is this what Yah’s word says? We must always examine our beliefs and traditions in light of Yah. There is an enemy that wants the righteous to lack power while the wicked amass it for their own purposes.

A few years ago, as I started a community organizing job for the largest faith based organizing network in the world I was challenged around the issue of power and whether Yah wanted me to have power to do justice for my people. I was a few years into embracing Torah and my Hebraic heritage but my mind was still deeply entrenched in the doctrines and traditions of Western culture that told me that I should not seek to be powerful. When I was growing up I only saw examples of power over not power with, unrighteous power not the righteous power of Yah. I knew I was filled with the Ruach Ha’Kodesh (Holy Spirit) but I was not fully able to utilize the infilling of the Ruach because I was afraid of what it would look like for a young woman like me to show up powerfully in the world. During my 6-month evaluation for the organizing job my supervisor gave me a great review but said I seemed to be afraid of being powerful. In my work the power being referred to was not just for myself alone but meant showing up powerfully for the people we organized with-the incarcerated, the undocumented, the poor and my community. I started to cry during my evaluation because I realized that Yah was trying to push me to walk in more of the Ruach’s power not just at work but in my life, but I was afraid to because of the doctrines I had been taught. I realized I had to examine power through Yah’s word and not through traditions and teachings of men, just like I examined the Sabbath, my Hebraic heritage and Biblical feast. As I began to walk in more of Yah’s power as an organizer about a month after that evaluation with my supervisor I was voted by our board to be the Executive Director of the organization making me (at the time) the only Black woman Executive Director in this international network of about 40 organizing affiliates. About a year later I stood in front of 1200 organizers, community residents, faith leaders, my family, labor union members and activist in the neighborhood I grew up in East New York, Brooklyn sharing my family’s testimony of homelessness at one of the largest public actions in East New York history. This was power for Yah’s glory and justice and the story I was ashamed of became a powerful tool in the fight for housing justice in New York City. Yah taught me that he wanted to give me power to remind the people in my community that they were not forgotten but that Yah would fight for them because he loved them.

Watch a video of my speech at the East NY Housing March Here.

As we enter the season of Shavuot (Pentecost) my prayer for you is that you would allow Yah to fill you with the power of his Ruach Ha’Kodesh (Holy Spirit) so that you can walk in the fullness of His purpose for your life.

I invite you to pray and take action for the families of Breonna Taylor, Ahmad Arbury, George Floyd and all who have been murdered by police brutality. Click on the name of each person to sign a petition calling for justice in their case. May Yah of Host fight for his people to receive justice and may we join him.