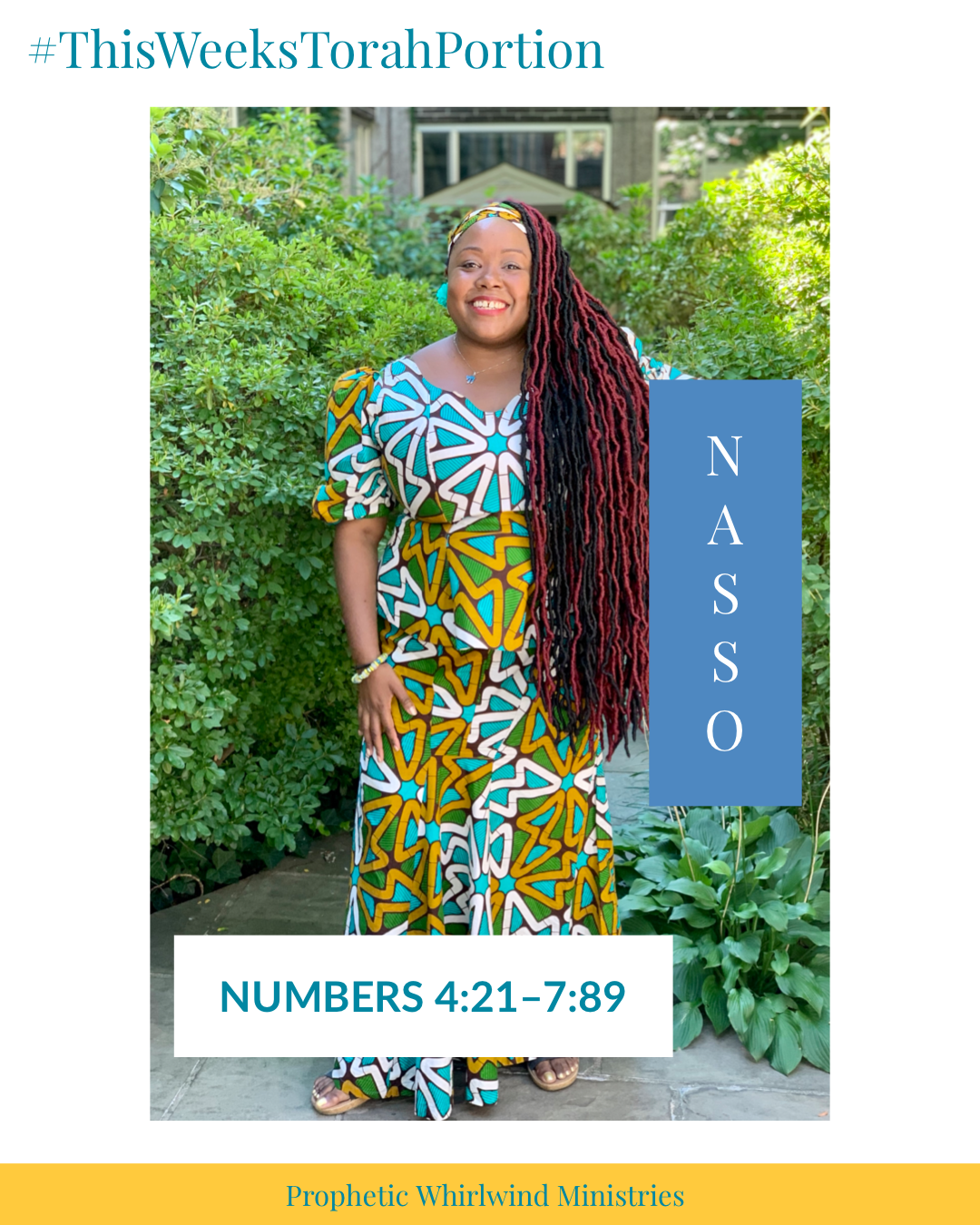 𝐏𝐨𝐫𝐭𝐢𝐨𝐧 𝐓𝐢𝐭𝐥𝐞: Nasso Take up — נשא or Naso (נָשֹׂא‎ — Hebrew for “take a census” or “lift up,” the sixth word, and the first distinctive word, in the parashah) is the 35th weekly Torah portion (פָּרָשָׁה‎, parashah) in the annual Jewish cycle of Torah reading and the second in the Book of Numbers. It constitutes Numbers 4:21–7:89. The parashah addresses priestly duties, camp purification, restitution for wrongs committed, the wife accused of unfaithfulness (סוטה‎, sotah), the nazirite, the Priestly Blessing, and consecration of the Tabernacle. Naso has the largest number of letters, words, and verses of any of the 54 weekly Torah portions. The parashah is made up of 8,632 Hebrew letters, 2,264 Hebrew words, 176 verses, and 311 lines in a Torah Scroll (סֵפֶר תּוֹרָה‎, Sefer Torah).[1]

𝐑𝐞𝐟𝐥𝐞𝐜𝐭𝐢𝐨𝐧: This week we read about the levitical test for a wife accused of unfaithfulness and when I traveled to spend time with Hebrews in Nigeria I was told by Elder Cletus Okoro of House of Israel Nigeria that in his village he grew up seeing women accused of adultery take this test. Often we think this test for women accused of committing adultery is sexist against women but when we examine what usually happened to women in the ancient Near East when they were accused of adultery we find that this test was actually protective of women. In the Ancient Near East women could be killed by just an accusation. The Levitical test for a woman accused of adultery gave the woman a chance to be proven innocent in a culture and time when women did not have a voice. The interesting fact that this practiced continued among the Igbos who are one of the tribes considered Jews of Africa proves that these people knew Torah even prior to missionary activity. Sadly Levitical practices continued by Jews in Africa where often called “pagan” by European Missionaries who did not know Torah. Be careful what you judge, who you judge and how you judge.

𝐐𝐮𝐞𝐬𝐭𝐢𝐨𝐧: Do you think the test for a wife accused of adultery was sexist?