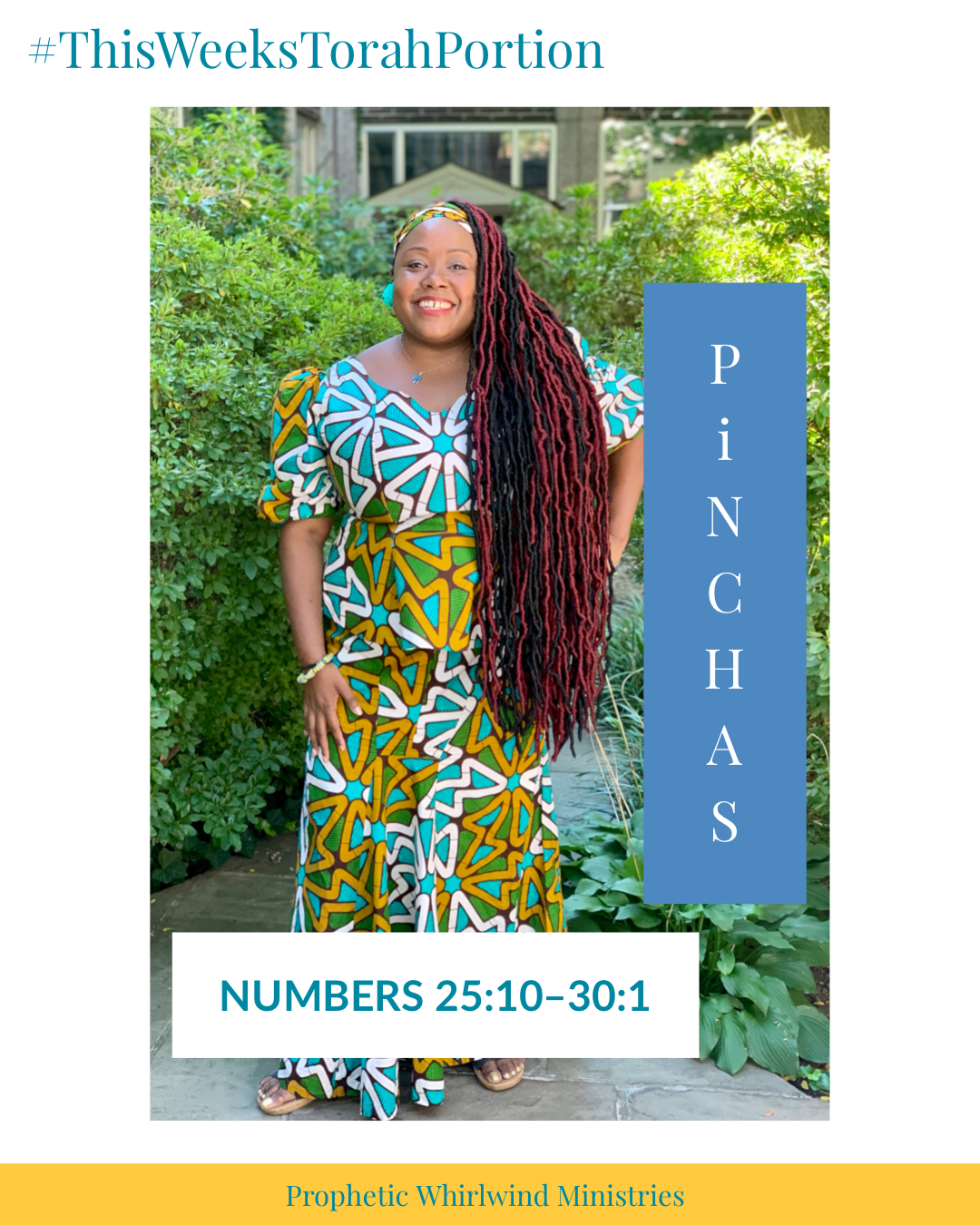 𝐏𝐨𝐫𝐭𝐢𝐨𝐧 𝐓𝐢𝐭𝐥𝐞: Pinechas, Pinchas, Pinhas, or Pin’has (פִּינְחָס‎—Hebrew for “Phinehas,” a name, the sixth word and the first distinctive word in the parashah) is the 41st weekly Torah portion (פָּרָשָׁה‎, parashah) in the annual cycle of Torah reading and the eighth in the Book of Numbers. It tells of Phinehas’s killing of a couple, ending a plague, and of the daughters of Zelophehad’s successful plea for land rights. It constitutes Numbers 25:10–30:1. The parashah is made up of 7,853 Hebrew letters, 1,887 Hebrew words, 168 verses, and 280 lines in a Torah scroll (סֵפֶר תּוֹרָה‎, Sefer Torah).

✍🏾 𝐑𝐞𝐟𝐥𝐞𝐜𝐭𝐢𝐨𝐧: Last week’s Torah Portion tells us of a failed attempt to curse the Children of Israel but ends sadly with the men of Israel cursing themselves through sexual sin with the daughters of Moab (who were conceived through incest between Lot and his daughter). This proves that even if no one can curse you due to the covenant The Almighty has with you or your ancestors you CAN curse yourself through your own sin. This Week’s Torah portion picks up celebrating Pinchas a brother who took swift action when another Israelite man committed sexual sin with a Midianite woman. These transgressions were so serious because they tainted the bloodline of Israel right as the Children of Israel were trying to become independent after being enslaved. By joining with tribes that utilized sexual perversion to worship false gods the morality of the newly freed Children of Israel would be compromised. Bloodline is important and the attraction to these foreign women were not because they were better than the women of Israel but because of the sexual practices they learned to worship false gods and used to beguile men. Pinchas for whom this week’s Torah Portion is named knew the danger of allowing sexual perversion, idolatry and family breakdown to come into his newly freed community. Pinchas took a bold stand against immortality among the Israelites. Being righteous is not just about not transgressing personally but about taking stands against societal sin. Often we like to focus on sexual sins but the lessons from last week’s and this week’s Torah portions can be applied to any sin because all sin impacts our communities; sin is not just personal but societal. It takes courage to be righteous in society; Pinchas had this courage.