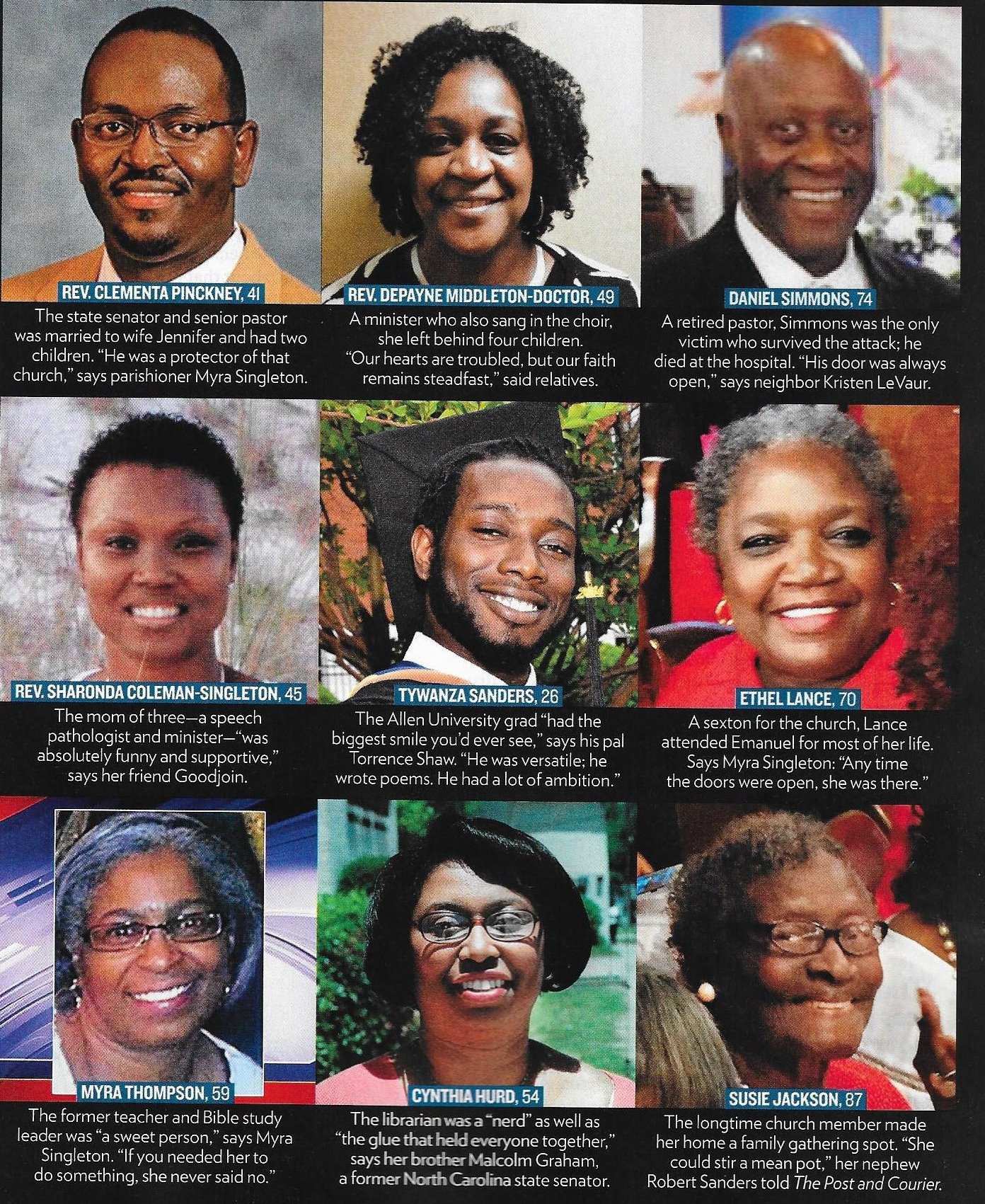 As I reflect on this 7th Commemoration of the Mother Emanuel AME Martyrdom where nine Black men and women were killed while in Bible Study, I am going into Shabbat meditation on these questions:

If America is a nation “under God” then why since we were brought to her shores have Black men and women been beaten and even killed for praying, reading the Bible or holding service?

Are we as African-Americans complete in our souls that America is our home?

Seven years later are we closer to rest for our souls?

In Hebraic thought seven is a very key number:

When considering that we are commemorating the seventh anniversary of the Mother Emanuel AME Martyrdom we should know that seven is a number of great significance in Hebraic thought:

1) In Genesis 2:2-3 Elohim rested on the seventh day from the work of creation.

2) The seventh day of the week is the Shabbat a day of rest, community, and worship (Exodus 20:8).

3) The seventh year in the Hebrew calendar is a Shmita (Shabbat) Year where the land rested, was left to lie fallow and all agricultural activity, including plowing, planting, pruning, and harvesting, was forbidden by Torah law (Exodus 23:10-11, Leviticus 25:2-7 and Deuteronomy 15:1-13).

4) Seven is a number of completion and perfection.

We must not just reflect on what happened during that fateful Bible study seven years ago but we must mourn and allow ourselves to be transformed by what occurred. Many Black adherents of Torah from Harlem to Nigeria see the Mother Emanuel AME Martyrdom as fulfillment of what Moses warned the Israelites of as recorded in Deuteronomy 28, which prophesies of a people who would go back into slavery in ships to a land far away that they did not know (Deuteronomy 28:68) and in that land these people would face many injustices.

When studying Torah, it is important to read verses in context so I would encourage you to read the full chapter of Deuteronomy 28 this weekend as we commemorate both Juneteenth and Mother Emanuel AME Martyrdom and to compare the conditions in the second half of the chapter to the conditions our people face in America today.

I would also encourage us to never forget the men and women whose lives were taken at Mother Emanuel AME seven-years ago. We must tell of their faith to our children and our children’s children.

Let us use the lives of The Emanuel Nine as seeds to fuel the struggle for liberation knowing that The God who freed the Hebrew slaves in the first Exodus will free our people in an even greater Exodus yet to come.

My prayer this Shabbat:

Sound the great shofar for our freedom, raise high the banner to gather our exiles, and gather us together from the four quarters of the earth. Blessed are You, Adonai, who gathers the dispersed of His people Israel.

“See our affliction and fight our fight; redeem us for the sake of your name.

Blessed are you, O Adonai, who redeems Israel.

Our prayer is also that we might experience a foretaste of this deliverance now, as the Master prayed, “I do not ask that you take them out of the world, but that you keep them from the evil one” (John 17:15).”-The Didache

May the exiles be ingathered and returned home.

May the Messiah come soon to establish justice for His people.

May the Emanuel 9 rest in Shalom.